100 words or less: compact and servicable, but could be better. I wouldn’t buy this again. 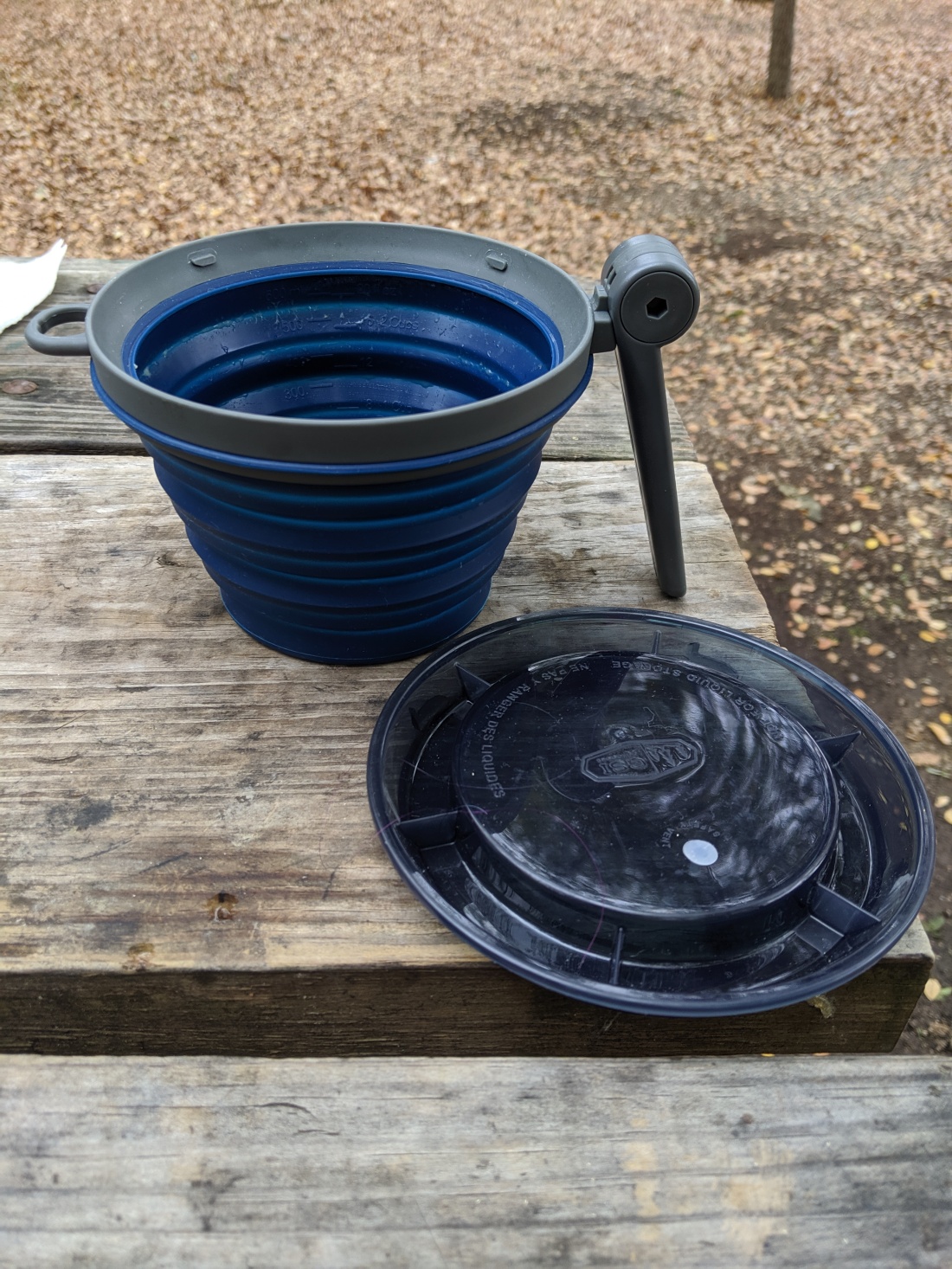 Graduations in ounces, cups and milliliters. Handle locks in two positions (horizontal not shown) and folds over the top for storage.It does what it says on the tin but has a few issues.The handle lock mechanism could use to be reworked. It’s solid when in position but is a hard plastic oval slide with wide ridges designed to push with your thumb. I find it best to press with my fingernail against the end.Collapsing it tends to result in it folding wrong. Sea To Summit has this far better.

The lid makes an air tight seal and has a breather hole with a permanently installed plug. When collapsed and left to it’s own devices it tends to expand somewhat. It doesn’t unfold at all but gets about as full as possible without doing so.

I'm a polyamorous pansexual transgender dyke on a bike who spins wool into yarn, takes photos, and works in IT. View all posts by sharpdresseddyke